Violet-blue Iolite is the uparatana / उपरत्न for Blue Sapphire. It is also known as Neeli in sacred texts and as Kaka Neeli / काका नीली in other languages. In Sanskrit, this gem is known as Shani Priya which means Much Loved by Saturn. Known for showing a unique optical property called pleochroism it is a violet-blue coloured, semi-precious gemstone from the Cordierite mineral family. Since its impact is considered quite profound and powers equivalent to the Blue Sapphire (Neelam), it is worn to achieve financial stability, professional success, and mental strength. Iolite is also used for Crystal healing and Chakra healing in the crown Chakra. 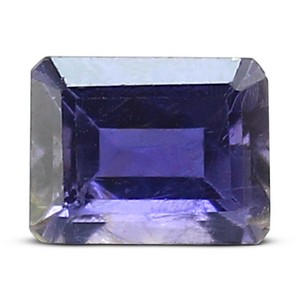 Who should wear Iolite Gemstone ?

Like how we mentioned above, Iolite means Shani Priya (or much loved by Saturn) and is thus linked with the planet Saturn. Hence this gemstone is recommended by astrologers to gain benefit from planet Saturn. Astrologically it is recommended for people undergoing the phase of phase of ‘Shani-Saadsaati’ or ‘Mahadasha’ or ‘Shani Ki Dhasa’.

Re-Charge your Iolite with natural elements: Many of us wear rings and pendants with gemstones but not everyone gets the result out of them or sometimes the undesired. So, we like to share some tips to recharge your gemstones likely to keep on getting the positive results out of the gemstones for longer time.

NOTE: Take a glass bowl -> add Holy Water and rock salt ->dip Iolite in it -> keep it in front of the idol of Lord Shiva for whole Saturday night ->On Sunday morning wash the stone and wear it again ->follow the ritual every month.

Metal :- Silver is highly recommended; Ashtadhatu can also be used.

Note :- Minimum weight should be 1/10th of the body weight approx.

How to Wear :-
After the ring or pendant is prepared in silver, ashtadhatu the procedure to wear it should be followed as below:-
Place the ring in a metal bowl. Add gangaajal, raw cow milk, honey, tulsi leaves and ghee. Recite “Om Shan Shanishcharay Namah” (ऊँ शं शनैश्चराय नमः) (9 times) and immediately remove the ring, clean it with water and wear it on the working hand middle finger.

Check if Iolite gemstone suits you or not?

Many reasons like size, origin, quality (colour, clarity and cut) contribute in deciding the price of Iolite stone. Currently, its price in India ranges from Rs 150 per carat to around Rs 2,000 per carat depending upon the quality and size of the Iolite Stone. Because of the variance in demand and supply cycle, the prices may vary in other countries like USA, UK etc.

PLEASE NOTE:- In India, the unit Ratti is commonly used to express Gemstone Weights (e.g. Iolite stone price per ratti). So some people try to take advantage of unaware customers who are not knowledgeable about how the conversion from Ratti to carat works.

Origin:- The Indian subcontinent not only the biggest producer of a majority of good quality Iolite gems but they are also the most highly valued Lolites in the gemstone industry. They are characterised by the most enchanting blue colour and appealing lustre.

Clarity:- The presence of visible impurities, scratches or pits often reduces the price of Iolite gemstone in the market and so crystal clear Iolite gemstone with remarkable transparency carries a higher value than the ones containing inclusions.

Cut:- Cut and shape also bear an influence on the overall value of Iolite. Highly faceted (cushion, square, trillion cut) Iolite usually demand a higher value than oval and round Iolite stones due to the gemstone loss incurred in the cutting process. One can go for Iolite cabochons (non-faceted, polished gems) in case they are looking for a cheaper option.

Neeli gemstone is both attractive and affordable and is used for multiple purposes. When purchasing Iolite, the quality of a blue Iolite gemstone is decided by its origin, colour, clarity and cut.

Cause of colour :- Iron

Inclusions :- Iron platelets seen in bloodshot iolite and the red colour is due to hematite or goethite. 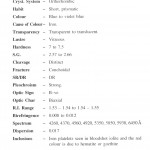 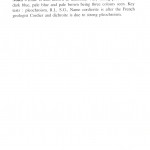 1. What is Iolite Gemstone?

Known by its other names such as ‘Water Sapphire’, ‘Lux Sapphire’, ‘Dichroite’, ‘Nili or Kakaneeli’ etc. Iolite is a type of the mineral Cordierite. It is an exclusive violet-blue coloured gem. Derived from Greek word the term Dichroite means a two-coloured gem which is called so because of its unique pleochroic nature. According to astrologers, it is the best substitute of Blue Sapphire (Neelam).

2. Where to Buy Natural Iolite Gemstone?

To get the quality product, it is utmost important that we choose the right seller. It can be brought from any trusted local dealer or on an online store. But if you are purchasing it online, you should always pick a retailer that provides certified gemstone with the support of transparent Return and Refund policy. For serious buyers, MyRatna.com can be a very decent place to buy authentic gemstone. For more information, please browse our huge catalogue of 100% natural and certified, Iolite loose gemstone in different tones of blue, shape, and size to find your perfect piece.

For further support, please feel free to reach our gem specialist who will help you with all your queries.

3. What are the Astrological Benefits of Iolite Gemstone?

According to the Indian astrology, Iolite is the best substitute of Blue Sapphire gemstone to strengthen Saturn in an individual’s horoscope because of its great metaphysical and healing properties that. They consider it really helpful in bringing solace to people suffering from disorientation, depression, and lack of motivation in life.

Iolite exhibits unique visual property called pleochroism.. This gemstone is much loved my planet Saturn(Shani) and is It is the Gem that is the favourite of the spouse of Lord Saturn and hence also referred to as Shanipriya- Literally meaning loved by Lord Saturn.

The stone is also found in alluvial deposits as small, transparent, waterworn pebbles in Sri Lanka, Myanmar, and India. Other places include Namibia, Tanzania and the Northwest territories of Canada. Crystals are found in Germany, Norway, and Finland, Madagascar, the United States, Tanzania, Zimbabwe and Brazil.

·        Iolite is the gemstone for the twenty-first wedding anniversary.

“It is the Gemstone of Higher ideals, values, knowledge, realization and higher consciousness as it directly impacts the crown chakra.”

·        It is a Gemstone that is used in Insomnia. It is a positive impact on the sleep cycle, biorhythm and improves the quality of rest and sleep.

·        For those inclined towards occult, astral travel, out of body experiences Iolite Gemstone is very helpful as it fine tunes the intuition and heightens the perceptive powers that will enhance the intuition.

·        It provides protection from diseases boosts immunity and give strength to one Aura and auric field.

·        It balances the male-female energies also known as Yin and Yang energies. It removes nervousness and increases objectivity in an Individual.

·        Iolite directs one to stability, independence and resolve.

·        It also aids in de-addiction and alcoholism and removes toxins from key energy centres of the body.

·        It also helps in regeneration of the liver by providing required amount of energy.

·        It is a very good gemstone for those involved in intense physical activity such as sportsmen and athletes.

·        Like sapphire and tanzanite, its fellow blue gemstones, iolite is pleochroic- meaning it transmits light differently when viewed from different directions.

·        By observing the sky through iolites, the Viking navigators were able to locate the exact position of the sun on overcast days. Iolite does what a Polaroid does- it cancels out haze, mist, and clouds to make things appear clearer. In fact, the stone has been called the "Viking's Compass."

·        Legends describe iolite as a way to strengthen one's eyesight.

·        There are also many emotional attributes to the stone. Iolite has been said to enhance curiosity and achievement, guiding one through spiritual growth.

·        It has also been said to overcome co-dependency with a partner.

“The stone awakens our hunger for the love of our whole self, aiding in accepting ourselves. Once we can accept ourselves truly, we come to understand that our level of self-acceptance reflects in our relationships with others.”

·        In terms of taking care of your iolite, do not use a steamer or ultrasonic cleaner on it.

·        It is also important to avoid exposure of the stone to any type of chemicals, heat, or scratches.

·        The best way to clean your iolite is using a solution of mild dish soap, warm water, and a soft brush. Need Help in Selecting the Right Gemstone for You?

Connect with our Gem Experts Now.