Significance of The Red Coral Stone

The Importance of Red Coral Gemstone holds a special position in Vedic astrology and is recognized as one of the most important Navratnas, as the planet Mars rules it. The Red Coral Stone is an all-time favourite of gem lovers for its astrological significance and extravagant benefits.

The Japanese Red Coral and Italian Red Coral are the two most prominent corals or Moonga Stone. Lakshmi coral, also known as triangular coral, is the best shape of coral stone. The Red Coral is popular and adorned for its unique reddish tones.

Where, when, and why’s about wearing the Moonga Stone?

Tuesday is considered to be the most auspicious day for the worship of Mars. Hence, Red Coral Gemstones should be worn on Tuesdays to reap their maximum benefits. 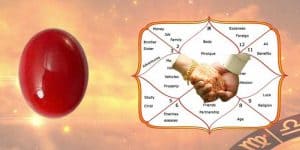 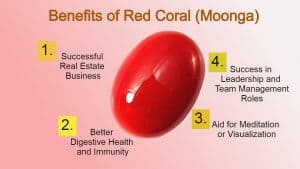 Who should wear The Red Coral Gemstone?

If Mars is your main planet, and is in the 7th, 9th, or 10th house, then wearing the red coral stone will benefit you. The Red Coral Gemstone blesses the person with Aries, Cancer, Scorpion, Leo, Sagittarius and Pisces sun signs.

Side effects of Red Coral Stone

Should You wear Red Coral? Check as per your Lagna/Ascendant